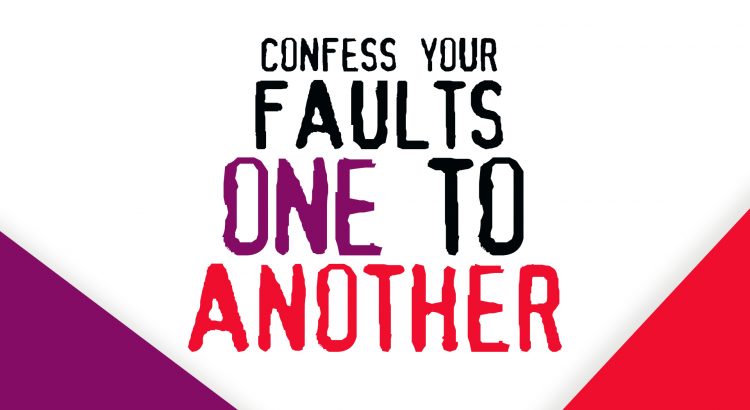 THE POWER OF CONFESSION
“Confess your trespasses to one another, and pray for one another, that you may be healed. The effective, fervent prayer of a righteous man avails much.” James 5:16

The act of confession is so important in our daily living especially as Christians. Many Christians are suffering physically and spiritually, and they ignorantly think it is the work of enemies against their lives, not knowing it is all about their failure to do the necessary confessions. So many Christians are ignorant of the powerful effects of confession.

You remember what the Bible says? It says if we say we love God that we can’t see physically but hate people we can see physically, our love for God is fake and not genuine. The same thing is applicable here. If you say you have confessed to God you can’t see but you refuse to confess to fellow human being you can see, that shows that your confession to God is fake, it also shows if you had seen God physically you would not have confessed to Him.

If you have worked anywhere and you cheated, stole or dealt unfaithfully, you need to communicate with organization and confess the wrong things you did, because if you don’t confess to them and apologize, apart from the problem of making heaven it poses, it will also hinder you from making progress in life. That is the reason the Bible says we should confess to one another. So many Christians are ignorant of this Bible truth, they think their past is gone and gone forever and no need to confess to one another, and the devil is using this against their destinies, their blessings, their progress in life and he will also use it against their making heaven.

Let me tell you the truth, if you have worked with someone faithfully, and you start your own, that your own business may not prosper until to go back to where you have worked and confess your trespasses. That is the reason many businesses are not prospering and you think everything is witches and wizards, the household enemies or you think it is general economic problem in your country so you can run away to another country. Listen, you cannot steal from another person and then start your own and expect God to prosper it. The Bible says in Luke 16:12, “And if you have not been faithful in what is another man’s, who will give you what is your own?” This is God’s principle and your fasting and prayer cannot change it. If you have been unfaithful in another man’s business, and you have realized your unfaithfulness, you need to confess to the person and ask for forgiveness.

When the Bible says we should confess to one another, but you say you have confessed to God so no need to confess to one another, you are in direct disobedience to the word of God, no matter your sacrifices to God, your labor, your offerings, your tithes, your commitment to the work of God, you are working against the word of God. The Bible says obedience is better than sacrifice. Obedience to the simple word of God which says, “Confess your trespasses to one another” determines the rest of your relationship with God and the certainty of your making heaven.

Some people say there is no need to confess to one another, since it is God they sin against, they will just confess to God and that settles it. Some say when David committed sins, he just confessed to God alone and not to men. And my question is that, if David only confessed to God and he did not let any man know, so how did you know about it? You know what? You are sitting on timing bomb; you are in serious danger if you refuse to confess your trespasses to one another.

If truly God has forgiven you, why are you still having condemnation and fear? It simply means you need to open up to some people, though you did not offend them directly, but you have betrayed the trust and confidence they have in you. And so the Bible says, “Confess your trespasses to one another”

Let’s read the whole Bible verse, “Confess your trespasses to one another, and pray for one another, that you may be healed. The effective, fervent prayer of a righteous man avails much.” James 5:16.

So What Happens When you refuse to Confess to One Another?

Number 1, Unhealed Situation
One of the reasons why so many Christians are not being healed from sicknesses, why healing is not rampant in church as of old is because of cover up of trespasses. Look at that Bible verse, it says, “Confess your trespasses to one another, and pray for one another, that you may be healed.” So if you don’t confess your trespasses to one another, you may not be healed. The Christians of this generation believe God for healing more than ever, we pray and even fast for healing, but we witness little healing all because of unconfessed sin. Many Christians have faith for healing they pray to God for healing, they claim healing but they never experience healing, not because God does the power to heal but because of unconfessed sin to one another. So many Christian homes are full of cover up sins, so many churches are covering up their trespasses and this is hindering the healing power of God.

Number 2: Unanswered Prayer
The second thing to happens when a child of God refuses to confess his sin to one another after confessing to God is unanswered prayer. You can see that so many Christians spend more time to pray more than before, many churches spend most of their time to pray, every new year, 21 days’ prayer and fasting, 100 days fasting and prayer, if you like you can do 1000 days fasting and prayer, if you like you can go from one mountain to another, you can speak in tongues of angels, but if you are refuse to confess your trespasses to one another, to the necessary people, if you are hiding something from your spouse, if you are keeping secrets from your husband or your wife, your pastors, your parents, or anyone as the case may be, and you are covering up, your prayer will be hindered.

Listen to me, if you commit sin in English and you are confessing it by speaking in tongues, you are only confusing yourself not even the demons. Satan has no problem with you speaking in tongues as long you don’t speak the truth.

If you don’t want your prayer to be hindered, and you don’t want Satan to hinder you from making heaven you must open up the secrets you are keeping all these while and confess to one another as the case may be.

The Bible says, “He who covers his sins will not prosper,
But whoever confesses and forsakes them will have mercy.”