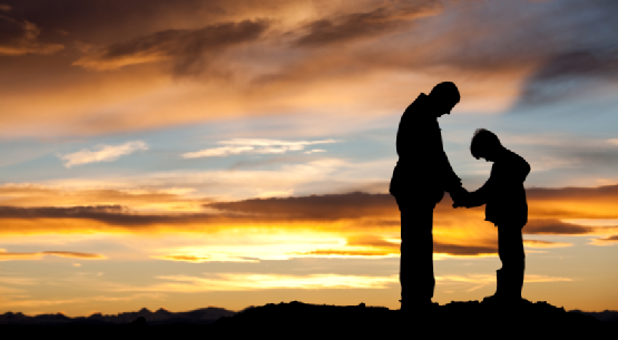 Abraham was called father of faith and he was referred to as father Abraham, do you think he got the title by honorary degree? No, he deserved it, he was really a father that every generation can proudly call father. A Spiritual father is a person who cares for his spiritual sons even if the sons go on a wrong way, if the sons are called to go on their own or wish to go on their own.

Abraham took Lot with him in his journey and because of Abraham, God blessed and prospered Lot and his business. Yet, Lot’s workers were not submissive to Abraham’s system, maybe because he did not teach them. And it got to a time, Abraham could not bear the ways Lot’s workers were doing things, it was like it got too much for Abraham to bear, yet Lot decided to choose the best for himself, what an arrogance! Can you imagine how Lot left with no regards for Abraham, a man older than his father.

Now, Abraham was not offended with Lot. Abraham, when he saw that Lot was making progress, he suggested Lot should go and establish on his own. Abraham, when he heard Lot and his wife were taken captive, Abraham left his dear family and his business to risk his life just to rescue Lot. Abraham, when he was told that God was about to destroy Sodom and Gomorrah, he interceded several times for Lot, he did not say God should teach Lot a lesson. Abraham was indeed a father, he deserved to be called father Abraham.

Most ministers of God who we call fathers in the Lord are not at all. You will know your father in the Lord indeed when you leave their ministry. I heard in RCCG, cursed was laid on any pastor who leaves the mission and such should never be invited to minister in RCCG, how true? In Deeper Life, if you leave, it is like you are lost forever. In MFM, even in unpopular small ministries, in many denominations today, especially in Africa, do they have official room for those who want to leave? Where there will be send forth and prayer for them and they can freely come to visit?

If you hear that anyone who leaves a particular ministry backslides, becomes backward in life or die prematurely, there is satanic evil spirit operating in that ministry, not the Spirit of God. When people leave you, they should become better by your blessing in all areas and refer to you as a good father not as a monster who destroy destinies of those who leave.

We don’t have fathers in the Lord or how will a father be angry with his son who wants to leave for progress? How will a father say his son should not leave to answer God’s call? They are not after the progress of their spiritual sons, they don’t care even if it is God who ask them to leave.

Listen to me, if anyone leaves your ministry and the only news you wish from him is bad news, you need repentance, you are possessed with evil spirit of bitterness. If anyone leaves your business or your private school to start their own and all you wish within you for them is downfall, you need repentance. Even if they left you in a wrong way, how will their downfall amount to your uplifting? Go and read about Abraham and Lot and learn from Abraham.

I find it difficult calling many popular men of God fathers in the Lord, when I see how they treat people who left their ministries, I wonder if they are really fathers indeed or if they really know the Lord at all. Will one be able to make heaven with bitterness and hatred?

Let’s humble ourselves, let’s all repent and seek love of God.