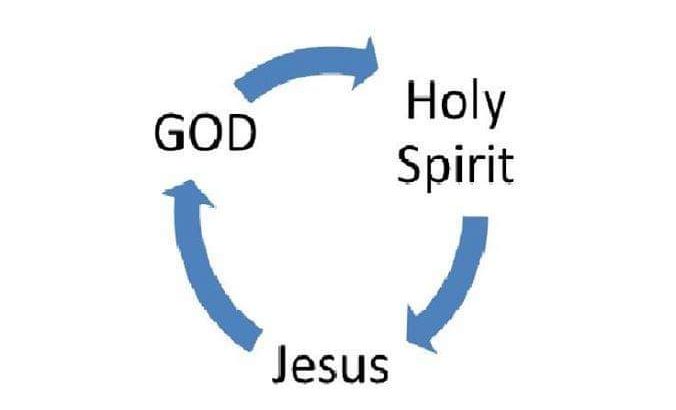 THE ERRORS OF ONENESS DOCTRINE
Some group of Christians in different parts of the world believe and teach a doctrine called Oneness, that Jesus Christ is the same Person as God and He is also the same Holy Spirit; that there is no Father, Son and Holy Spirit, but is a single Personality performing the roles of God the Father, God the Son and God the Holy Spirit. Here is correction from God’s Word on this error:

John 3:16 ” For God so loved the world that He gave His only begotten Son, that whoever believes in Him should not perish but have everlasting life.”

If God is the same personality as Jesus, how can Bible say God sent Someone else called Jesus? That means they are two different Personalities. If they were one, Bible would have said, ” For God so loved the world that He came to the world in the person of Jesus” That would have made sense if He were the Father and the Son at the same time.
If the Bible says GOD sent His SON, then God is the Father and His Son is Jesus. The Bible clearly mentioned God and HIS SON, that a GOD sent HIS SON, and you are saying “No, He has no Son, or He is the Son who sent Himself, he was only deceiving us by saying SON, He is the same Person. If God is the same Son, that means there is a deception. But the scripture cannot be broken and God is ever truthful. God was in heaven, He sent His only begotten SON to the Word.
John 17:1 “Jesus spoke these words, lifted up His eyes to heaven, and said: “Father, the hour has come. Glorify Your Son, that Your Son also may glorify You.” If Jesus was the same God, meaning the heavenly God descended to earth in the form of Jesus, that means heaven was empty of God at that period. If God the Father was the same God the Son of Jesus Christ, then how can Bible say Jesus Christ, when on earth, lifted up His eyes to Heaven – meaning there was still a God in Heaven or was He praying to an empty chair in heaven or angels of heaven like Catholics?
If God the Father is same as God the Son of Jesus Christ, then who was Jesus praying to when He lifted up His eyes to heaven? Was He praying to Himself?

John 14:24″ He who does not love Me does not keep My words; and the word which you hear is not Mine but the Father’s who sent Me.” JESUS CHRIST clearly said Somebody sent Him, but the Onesness doctrine people said, No, it is a lie, nobody sent Him, He sent Himself, He is the Father who sent Himself as the Son. That means Jesus was lying? Jesus Christ expressly said He who sent Him was greater than Him, the Oneness doctrine people say that is not true, that He is equal with Himself and no greater Person anywhere else. Jesus Christ said He was going back to His Father, but the Oneness doctrine say it is a lie, that Jesus was only going back to Himself, He was the same Father and Son and there was no Father anywhere He was going back to. What should we believe, the doctrines of Oneness or the scriptures that cannot be broken?

Philippians 2:5 Let this mind be in you which was also in Christ Jesus, 6 who, being in the form of God, did not consider it robbery to be equal with God, 7 but made Himself of no reputation, taking the form of a bondservant, and coming in the likeness of men. 8 And being found in appearance as a man, He humbled Himself and became obedient to the point of death, even the death of the cross. 9 Therefore God also has highly exalted Him and given Him the name which is above every name, 10 that at the name of Jesus every knee should bow, of those in heaven, and of those on earth, and of those under the earth. The Bible says that Jesus Christ was promoted by God, the Oneness doctrine says it is a lie, He only promoted Himself, He is the same God who promoted Himself. The Bible says Jesus Christ is in form of God, but not equal with God, and He never considered or thought of being equal with God through a robbery means as Satan wanted to do, but the Oneness doctrine people said Jesus is equal with God, that in fact He is the same God.

Concerning the throne, here is what the Bible says, “To him who overcomes I will grant to sit with Me on My throne, as I also overcame and sat down with My Father on His throne.” Rev. 3:21. If you were confused of the statements of Jesus Christ while on earth when He mentioned His Father, now while in heaven He still mentioned His Father, is that not clear enough that He was not the Father?

“as I also overcame and sat down with My Father on His throne.” Rev. 3:21. JESUS CHRIST Himself said while in heaven, at this time, that He overcame on earth, and now He is in heaven with His Father, and seating with His Father’s throne, and that if we Christians who are still on earth overcome sin, satan and self, that we will also seat with Him.

Rev. 4:9, ” Whenever the living creatures give glory and honor and thanks to Him who sits on the throne, who lives forever and ever” THAT PERSONALITY WHO SITS ON THE THRONE IS GOD, RIGHT?

Rev. 5:1 “And I saw in the right hand of Him who sat on the throne a scroll written inside and on the back, sealed with seven seals.” IN THE RIGHT HAND OF GOD WAS A THRONE, RIGHT?

Rev. 5:13, “And every creature which is in heaven and on the earth and under the earth and such as are in the sea, and all that are in them, I heard saying: “Blessing and honor and glory and
power Be to Him who sits on the throne, And to the Lamb, forever and ever!” HERE WE CAN CLEARLY SEE THAT THERE IS ONE PERSONALITY SITTING ON THE THRONE AND ANOTHER PERSONALITY CALLED THE LAMB.
From there we can see that The Lamb collect something from Him who sits on the throne. Are they still the same Personality? NO!

Jesus Christ is the Lamb of God not the God. John the Baptist said Behold the Lamb of God who took away the son of the world. John 1:29. He did not say “Behold God who took away the sin of the world. So Jesus Christ is the Lamb not the God. In heaven, The Lamb collects a scroll from Him who sits on the throne. Sir, they are two different Personalities but united together in One.

Are you ready to rededicate your life to Jesus now or start a new life? Then repent! Confess all your sins, forsake them all and ask Jesus to forgive, cleanse you and save you. Please click on this link and read on how to be genuinely saved and start new life in Jesus and pray as directed
https://www.facebook.com/notes/revelation-of-truth-evangelical-ministries-rtem/how-to-be-saved-and-start-a-new-life-in-Jesus/270674586372252
If you will like to be receiving our weekly articles by email, please, click on our website and subscribe for daily Christian articles www.rtemoutreach.org