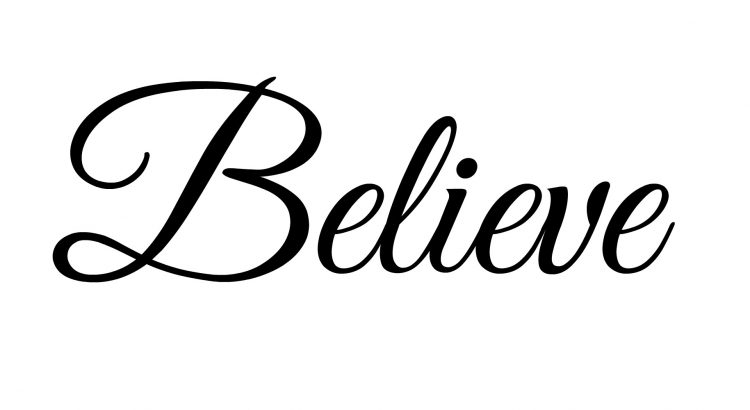 BELIEVING THE WORD OF GOD
Apostle Paul was on a journey to Rome by ship, with Luke and about 260 people. along the journey in the sea there arose a terrible tempest wind like hurricane, just as there is Hurricane Florence going on now, but then Apostle Paul’s ship face a tempestuous head wind called Euroclydon. It was like a joke, but as the ship proceeded in the middle of the sea, they were “exceedingly tempest-tossed”. So they began to lighten the load in the ship, using their hands to throw away their goods, but that did not solve the problem of terrible winds.

There were professional marine people or scientists in the ship; so the people had professional hope that things would get better, they had technical hope, scientific hope, and even spiritual hope of prayer. But sincerely it got to a point that they lost all hope that they would ever survive, including Luke and Paul with their spiritual hope. In Acts 27:20 says, “Now when neither sun nor stars appeared for many days, and no small tempest beat on us, all hope that we would be saved was finally given up.”

So finally, finally, everyone eventually gave up all hope – professional hope, scientific hope, technical hope, spiritual interventional hope, they collectively faced the reality and gave up all hope. But suddenly at night the angel of God appeared to Paul with the word of God, “For there stood by me this night an angel of the God to whom I belong and whom I serve, saying, ‘Do not be afraid, Paul; you must be brought before Caesar; and indeed God has granted you all those who sail with you.’ Acts 27:23, 24.

In the midst of all impossibilities of surviving, the word of God came to Paul that they would all survive. Paul said further in verse 25, “Therefore take heart, men, for I believe God that it will be just as it was told me.”

Paul believed God that it would be just as it was told him. He chose to believe the word of God more than the present tempest wind or hurricane or the terrific Euroclydon.

Now here is what later happened, “And as day was about to dawn, Paul implored them all to take food, saying, “Today is the fourteenth day you have waited and continued without food, and eaten nothing. 34 Therefore I urge you to take nourishment, for this is for your survival, since not a hair will fall from the head of any of you.” 35 And when he had said these things, he took bread and gave thanks to God in the presence of them all; and when he had broken it he began to eat.” Acts 27:33-35.

Why We Need To Believe God’s Word Immediately
When the Word of God comes to us in any situation, we must believe it immediately as Paul did. You know why you need to believe immediately? Two reasons:

1, When the word of God comes to you in any situation, maybe in sickness, poverty, tempest wind like Paul, or in any confusing or terrible situation, immediately the word comes out, it neutralizes and destroys the force behind that situation, though the wind may continue to blow, Euroclydon may continue to look and roll terribly, the sickness may still be there, the medical reports remains the same, the barrenness may still be there, the poverty, joblessness may still be there in the surface or physical, but deep beyond what you see, that tempest winds, terrible sickness or whatever you are passing through has been deactivated, it cannot prevail over you at all. You know what Paul told the people in the ship, he said, “Therefore I urge you to take nourishment, for this is for your survival, since not a hair will fall from the head of any of you.” Acts 27:34. The terrible Euroclydon could not remove a single hair from any of the 266 people. That is the power of God’s word.

Any time God’s word comes out to you, believe and begin to rejoice, because it’s sure and settled, even in heaven. Your divine intervention, safety, success, miracle, healing is in the Word of God. But you must believe before you can see it. John 11:40, “Jesus said to her, “Did I not say to you that if you would believe you would see the glory of God?”

2, The second reason you need to believe the word of God above every situation surrounding you is that, you need to survive until your expected miracle comes, and the only thing that can survive you is not fasting, running here and there, but believing the word of God. Now, do you know many children of God died in some situation, it was not the situation or sickness that killed them, but it was worry and unbelief. The word of God had already neutralized the force of the sickness or situation, but it was the medical results or information they read online of the impossibility of the sickness or situation that killed them.

If you do not believe the word of God in your situation, you may die before your miracle arrive, you may miss your miracle. Now, look at the situation of Paul, what if they did not eat food in the ship, hunger would have killed them not the tempest wind. That was the reason Paul told them, “Therefore I urge you to take nourishment, for this is for your survival, since not a hair will fall from the head of any of you.” Acts 27:34.

When the word of God came to Hannah even in her stark barrenness, how did she respond to the word of God? “So the woman went her way and ate, and her face was no longer sad.”1 Samuel 1”18.

What About You?
As the word of God is coming to you now, how will you respond? Will you believe and behave in like manner? Or will you doubt and continue in sadness, sorrow, losing all hope of surviving or succeeding and die before your miracle arrives?

If you have surrendered your life to Jesus Christ, you must believe His Word more than the tempest wind or any situation you are passing through, because it will be just as the Word of God has said to you.

If you would like to re-dedicate your life to Jesus Christ afresh, please click on this link, read and pray as directed https://web.facebook.com/notes/revelation-of-truth-evangelical-ministries-rtem/how-to-be-saved-and-start-a-new-life-in-jesus/270674586372252/

You can read more messages that will bless your life on our website www.rtemoutreac.org