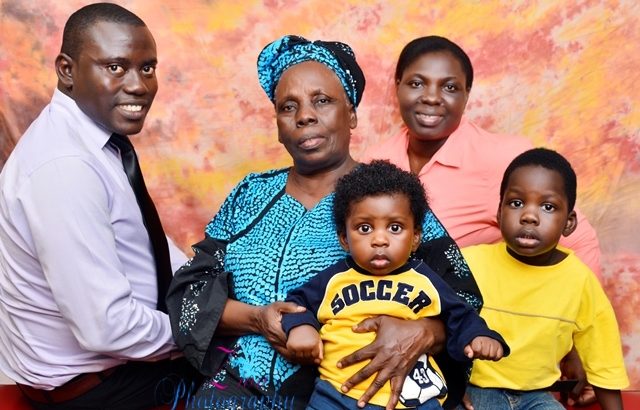 Today (November 20th) is my birthday, and as i was praising God this morning, this thought came to my mind, “Do you know if it were to be among the “so called” Christian family today, you would have been aborted?” The reason being that my brother was only five months old when I was conceived. Many would have called such pregnancy “unwanted” and terminated it, but thank God for my mother, she didn’t abort me. Recently, my mother spent about 11 months with my family and traveled back home few months ago, if she had aborted me, I would not be a blessing to her but a cause of guilty conscience. My brother and I spent good time playing Table Tennis today, and his family and my family had a good time today. I know it wasn’t easy for my mother and my brother when I was conceived, but today we are blessings to one another. It was not by mistake I was conceived then.

Abortion is one of the worst evil being committed today; it is not just a sin, but an unimaginable evil, for parents to use their hands to kill their own child, that is abortion. That your hands are stained with innocent blood of your own child that is what is called abortion. You know how some wicked parents were sacrificing their innocent children for rituals in the old time, so it is in this modern time that people are sacrificing, killing their innocent babies because of their conveniences in the name of abortion.

When Does Human Life Begins?
This is an unnecessary debate among people today, some think pregnancy is not yet a human life or human being, and such is a wrong notion the devil is using to convince many to commit the sin of abortion. From the light of the word of God, human life starts from conception in the womb. God created you and you became human being at conception, not when you were born. The Bible says, “And the LORD said to her: “Two nations are in your womb, two peoples shall be separated from your body.” Genesis 25:23. God called the pregnancy “two nations” meaning everything a child will become starts from the womb. God didn’t call the pregnancy “embryo” or “Fetus”. In Isaiah 49:5, It says ““And now the LORD says, who formed Me from the womb to be His Servant” So if a child in the womb is to become a nation or a prophet or whatever the child will become by God, that is what He calls the child in the womb, and when people decide to abort a pregnancy for any reason, before God they are not just aborting a fetus or an embryo, but a nation, a prophet, a pastor, an evangelist, a doctor, a lawyer, a successful business person, a destiny.

Job said, “Did not He who made me in the womb make them? Did not the same One fashion us in the womb?” Job 31:15. We are made as a human being in the womb, not at birth. From the womb, God can fill a child with His Holy Spirit, He anointed us for the purpose He created us right from the womb. “Before I formed you in the womb I knew you; Before you were born I sanctified you; I ordained you a prophet to the nations.” Jeremiah 1:5.

Unwanted Pregnancy VS Miracle Pregnancy
The reason many kill their unborn babies is because they say the unborn baby is “unwanted pregnancy” due to the time the pregnancy was conceived or the conditions surrounding the pregnancy. This term is actually originated from the pit of hell to lead many to the part of destruction of abortion. The truth is that there is nothing called unwanted pregnancy, either you plan for it or not, either it comes in an honorable way in marriage or through a shameful sexual relationship or even by raping. The truth is that God is the Creator of human being, the Bible says, “Behold, children are a heritage from the LORD, the fruit of the womb is a reward.” Psalm 127:4.

A friend of mine in New York explained to me about her son, that when she and her husband got married, they planned not to have a child early, so they did birth control (Family planning), but yet she got pregnant, and such is termed “unwanted pregnancy” that is a pregnancy you don’t want or plan for when it comes. They were wise to keep the pregnancy and she gave birth to a boy, James. That boy is their only child till today.

Pro-Death, Not Pro-Choice
Pro-life supporters are the people who stand against abortion. Then another people called themselves pro-choice, that a woman should choose either to preserve pregnancy or abort it. But the truth is that nothing is called pro-choice, it is actually pro-death. When you support abortion for any reason, you support killing of innocent babies, you support destroying destinies, then you are pro-death. In this life, you are either pro-life or pro-death, there is nothing called pro-choice.

In Summary:
Terminating a pregnancy is not just an abortion or evacuation; it is killing your own baby – that is the record in heaven.

Abortion is not just aborting a fetus or an embryo; it is aborting a human’s destiny, a nation, a generation. If my mother had aborted me because my elder brother was 5 months old then, she would aborted my destiny, my ministry, my children’s children, children in just one moment.

The woman that commits abortion, the man that suggests or supports it, the family and friends that support it, the medical people that carries out the abortion, the companies that sell abortion pills, the people that sell the pills, all together are charged before God has murderers. So don’t be surprised to see sin of murder in your record in heaven.

There is nothing called unwanted pregnancy, such statement is originated by Satan, there is only miracle pregnancy, a pregnancy you didn’t plan for, anytime you have such pregnancy, thank God for the miracle. You don’t plan for a miracle, it’s God that performs miracles as He wishes and when He wishes.

If you have committed, supported or done abortion before, you are a murderer; you need forgiveness just as people who killed their children for rituals. No pretense, no excuse. Jesus Christ can forgive you if you sincerely realize and repent.
If you will like to surrender your life to Jesus, rededicate your life to Jesus, please click the link
http://www.facebook.com/notes/revelation-of-truth-evangelical-ministries-rtem/how-can-i-be-saved/270674586372252
You can also contact us on email or phone for prayer, counsel or if you need biblical enlightenment on personal issues:
Revelation of Truth Evangelical Ministries, RTEM
Our Email: rtemoutreaches@yahoo.com
Our Tel: (+234) (0)802 578 7942.
Our Facebook page, you can like our page for daily article on your wall, please click on this link and “like”, then click on the “liked” and add to “interest list” http://www.facebook.com/pages/Revelation-of-Truth-Evangelical-Ministries-RTEM/244086502364394

One thought to “THANK GOD, I WAS NOT ABORTED”