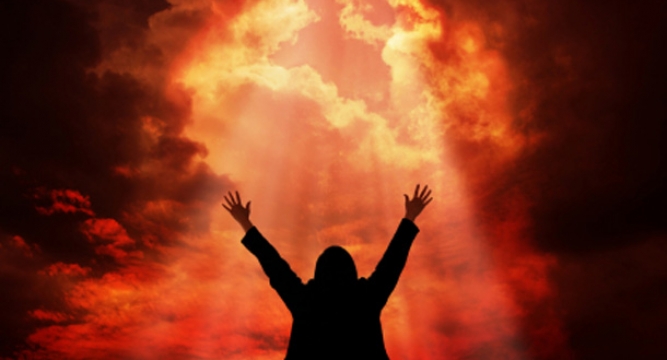 THE MYSTERIES OF PRAYER REVEALED
I want to share with you from a testimony of someone who was saved, someone who had been serving the devil. And when that man gave his testimony, it so challenged me, I did not want to believe it. I had to go ten days before the Lord in fasting, asking Him, “Lord, is this true?” And it was at that time the Lord began to teach me what happens in the spiritual realm when we pray.

Salvation of soul and sanctification of life strengthen prayer and the person who prays. Let your prayer centers more on your spiritual growth and making heaven, because the primary reason Satan is your enemy is because he doesn’t want you to make heaven. Satan can allow you to get wealth, riches and everything of this life, but he doesn’t want you to get eternal life. It’s a grave ignorance with many Christians, pastors and churches of today whose prayers center mostly on earthly blessings and problems. But you must be wise to war against every force that wars against your onward journey to heaven.

Make it a must to pray every day and read your Bible. You can start by separating 30 minutes for prayer daily and read 2 chapters of Bible, and then you grow from there. Do Praise & Worship for the first , spend time to pray on your spiritual life, and the remaining for others needs and people.

You can also contact us on email or phone for prayer, counsel or if you need biblical enlightenment on personal issues:

This message is from Revelation of Truth Evangelical Ministries, RTEM
Our Email: rtemoutreaches@yahoo.com
Our Tel: (+234) (0)803 924 9751
Our website: rtemoutreach.org